The Church of St Mary the Virgin Great Plumstead 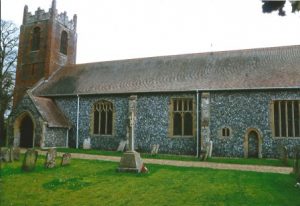 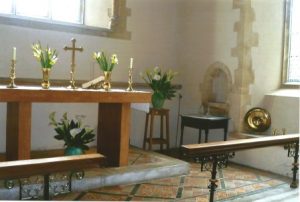 Central to the village of Great Plumstead, St Mary’s is a dominant feature, on Church Road. The Perpendicular style knapped flint exterior houses an interior of Victorian origin.

Two very small Medieval plaques remain seated in the Nave Aisle floor. One wall plaque dedicated to the memory of William Henchman Cole (1878-1908), grandson of the Reverend Edward Cole. One to the memory of Anthony James Bavin, who died in 1917 aged 23 years, and one to the memory of Nigel Benjamin Bavin who died in 1915 aged 19 years, the brothers having been killed in action during the First World War. A framed Roll of Honour of the First World War features in the Church alongside a World War I Memorial List presented by little Plumstead School on Remembrance Day 2014 to commemorate the 100th Anniversary of the outbreak of war.

In spring the graveyard presents a beautiful display of primroses and bluebells with other wildflowers appearing through the seasons. There is a Conservation Area to encourage this to happen.

A Burial Register and Grave plan exists, and although not displayed, can be viewed by appointment with the Churchwarden.

The Church of Saints Gervase and Protase Little Plumstead 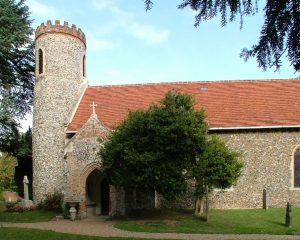 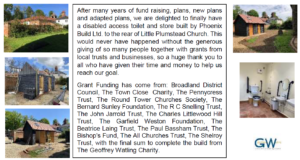 This Grade II* listed church, which has a seating capacity of approximately 130, is dedicated to the 2nd-century Milanese twin brothers Gervase and Protase – the first martyrs of Milan, their feast day is the 19th of June and this dedication is unique in England. The flint round tower, which displays Anglo-Saxon features and a rare ‘squint’, of this church with 900-year-old origins is set in a quiet walled churchyard, which has the main burial ground for the civil parish. The majority of the mental health hospital, which was built on the parkland of the Hall adjoining the churchyard, was partitioned and sold for housing development after the more able of the residents were relocated ‘to live in the community as a result of the Care in the Community Policy. The ongoing programme of house building has already given us many new neighbours very close by. What was an isolated village church, now with the village school alongside, will be surrounded by development on three sides.
Little Plumstead VA Primary School (to the SE of the church) was opened on 31 October 2011 replacing the old village school. The Rector has always been a Governor. The school is a ‘flagship’ school in the Diocese and a key holder of the church which it uses often as a site-specific study centre. The church is now designated as the immediate place of safety in the event of an emergency. Worship assemblies take place twice a term in the church which fills the building to bursting point. Members of the church have manned ‘prayer spaces’ in the school and there is a two-way prayer link between us.
The Book of Remembrance for the patients of the old Hospital who died and were buried there is lodged for permanent safekeeping in the church and its more open access has attracted a number of visitors looking for details of their family members
In 2008/9, as the development of the old Hospital site progressed, our ‘grace and favour’ water and electrical supplies were terminated and new electricity, gas, water and mains drainage had to be brought into the churchyard at the cost of about £12,000. There is a Tree Preservation Order placed on all the trees in the churchyard.

The Church of Holy Trinity Rackheath 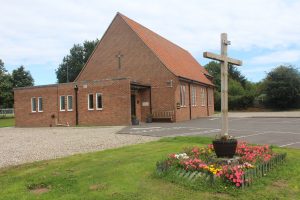 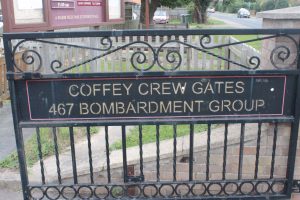 Holy Trinity is a modern Church and Church Centre. It was built in 1959 and has been extensively refurbished. There is a large car park with easy access to the building. The church is used for both services and village activities and has a fully fitted and equipped kitchen. Other facilities include toilets with disabled access, a vestry and storeroom. There is a full sound system installed and the church is cleaned regularly by contract cleaners. The church is carpeted and on the wall above the altar is a mural depicting the feeding of the five thousand. The church is hired by community groups such as the WI, Parent & Toddlers, Zumba, Rainbows & Broadland District Council. It is also a popular venue for family celebrations. During 2016, using legacy monies, the PCC agreed to update its heating system to a modern, boiler, radiator intelligent heating system – Holy Trinity users are now blessed with a warm building after many years of waiting.

Within the church building is the 467th Air Force room, dedicated to the 467th Bombardment Group who was stationed at Rackheath airfield from 1945. The room houses the group’s memorabilia and is available to be used by the church. The original gates to the church were given to the village by the Coffey Crew in 1986 in thanks for wartime friendship. A new set of gates were dedicated by the Bishop of Thetford in January 2008 with three members of the Coffey family present. Outside the church, a plaque and a bench were dedicated to this group in 1983. 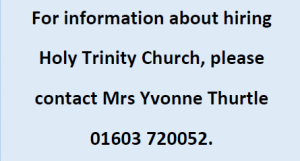 The Church of All Saints Salhouse 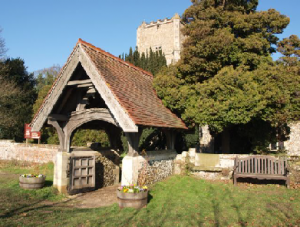 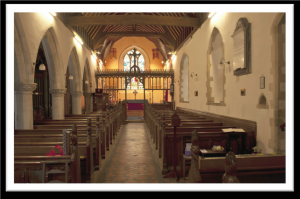 Salhouse church is a fascinating building. It is a grade one listed building that was being developed and extended in the late 14th century. For whatever reason the project ceased, leaving a part built tower and an arcade, which now creates a south aisle; a survivor from the earlier church. The church was restored in 1881 and now seats 120 people. The two bells are chimed before services by a team of ringers.

The open churchyard is of particular interest to the Nature Conservancy Council, on account of its flora. The beautiful exterior of the church with its lych-gate is very popular for weddings. Heating and lighting in the church is electric and we are very lucky to now have a water supply.

In August 2017, using legacy monies and monies raised by the Friends of Salhouse Church (FOSC), the PCC decided to update its kitchen/servery and toilet facilities.

After spending over £20,000, we now have a modern servery area and ecotoilet facilities.

The facilities of the church have also been improved in recent years by the addition of a high-speed broadband antenna on the church tower and a sound and loop system. The external picturesque appearance of the church and the number of interesting internal features make it particularly appealing to visitors. The church is kept open every day during daylight hours by a rota of people who unlock and lock.

The Church of St Margaret’s Witton 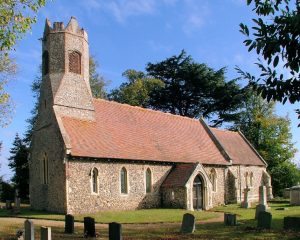 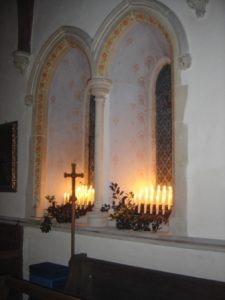 The Church of St. Margaret’s is situated in the small village of Witton lying north of the A47. There are sixteen dwellings in Witton.

St. Margaret’s has origins dating back to 1321, and is thought to have existed as early as 1086. This small Church which will accommodate eighty-six persons, is built of flint and freestone, and stands next to Witton Hall, overlooking open farmland. There is evidence the building has been altered at least three times since it was originally built. There is an octagonal tower with a single bell, which was restored in 1976. A new electric heating system with pew heaters was installed in 2011. The Church is an extremely pretty little Church complimented by its stained glass windows, internal features and simple layout, it is well maintained as is the Churchyard.